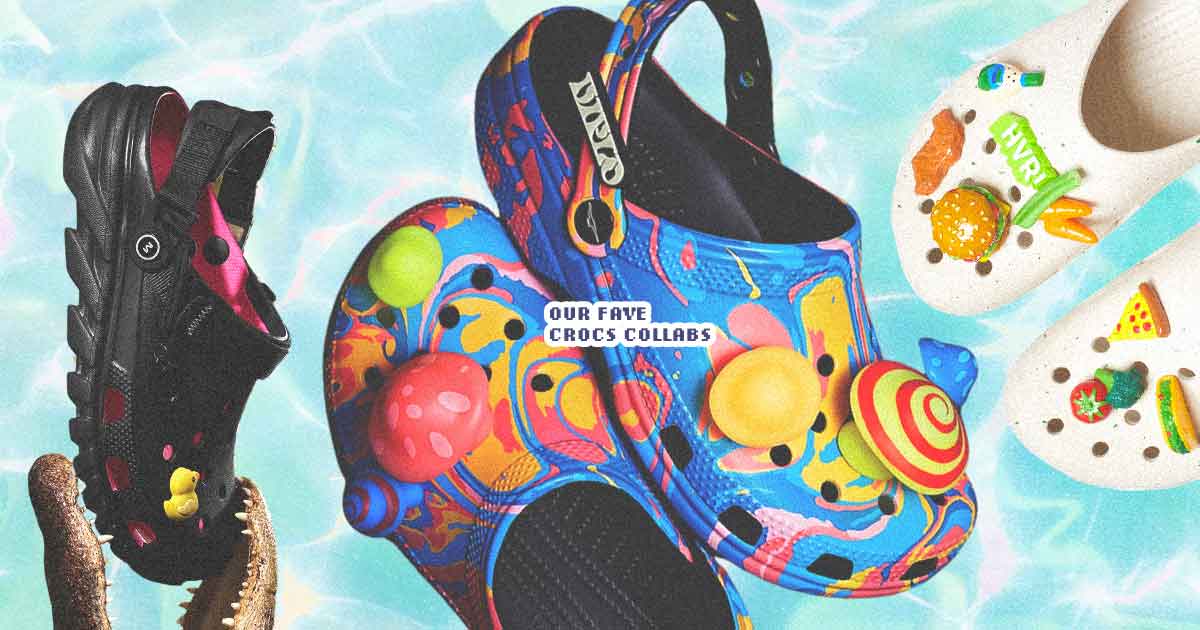 Crocs are either loathed as one of the ugliest footwear ever created or adored for their bold and colorful style and comfort. They certainly don’t appeal to everyone, but they seem to have dominated during the global pandemic, anyway. Thanks to their noteworthy collaborations, sales have increased, and more people have been interested in copping a pair. Here are some of our favorites.

This year was a good year for the Beliebers since he released his sixth studio album and a second collaboration with Crocs. It was the first of its kind as the lavender Classic Clogs came complete with Jibbitz featuring Drew House characters and white socks.

Crocs teamed up with the renowned DJ Diplo for a psychedelic-themed exclusive. The swirl-painted footwear came with eight glow-in-the-dark three-dimensional mushrooms Jibbitz to seal the deal. “Now fans can take a walk with me in either the Classic Clog or Crocs Classic Sandal,” said the artist.

Post Malone has been collaborating with the brand since 2018, with his most recent one being the black and pink version of the Crocs Duet Max Clog II. The Jibbitz included were inspired by the rapper’s tattoos, like grapes, hearts, and rubber ducks.

Platform shoes are having a moment, so Crocs took their Classic Bae Clog and added a touch of a sneaker to its first-ever Atmos Pink collaboration. The iconic Japanese retailer’s design featured a Black and White colorway that’s given the glitter treatment and shoelaces.

Upcycler Nicole McLaughlin debuted with her first Crocs collaboration last October 2020. As an outdoorsy person, it’s no surprise that she created one that’s fashionable and functional for camping trips. The limited-edition pair was the final piece for the Project Greenhouse Collaboration.