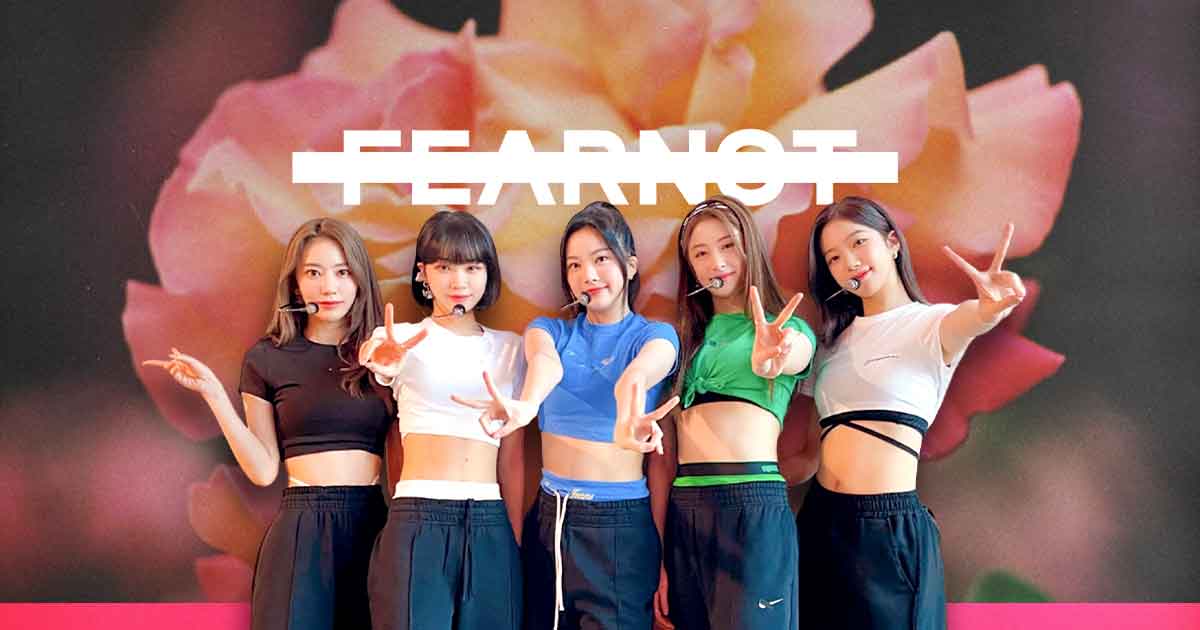 There’s a special meaning behind it.

One of the most significant days for a K-pop fan is when we finally get a fandom name. While K-pop boasts a huge community and being part of a fandom brings uniqueness to the experience. SEVENTEEN has Carats. BTS has ARMY. Super Junior has ELF. Well, guess what? The day has come for LE SSERAFIM fans!

Fear not, LE SSERAFIM is here

Source Music also released a statement explaining the meaning behind the name. And we have to say, they’re great with wordplay.

FEARNOT is a play on words that combines two different English and Korean phrases. The English meaning of the name connects to the meaning of the group’s name. For those unaware, LE SSERAFIM is an anagram for “I’M FEARLESS.” As for the Korean meaning, FEARNOT is a homonym for “bloom.”

In short, FEARNOT means fans who do not fear supporting LE SSERAFIM bloom in every new moment with the group.

Fans react to their fandom name

Fans took to social media not long after the announcement. On top of expressing their excitement over the fandom name, fans marveled at the cleverness of it all.

our official fandom name is a wordplay!!! ??? in korean means to bloom, but it can also be read as fearnot!! SUPER COOL https://t.co/bxGlamb0hC

Another fan shared their thoughts, calling the choice of names genius.

FEARNOT = no reason to be afraid, similar to FEARLESS (LE SSERAFIM)

Genius. I actually love it ?

Plenty to be happy about

LE SSERAFIM had a bumpy ride over the past few months. HYBE and Source Music confirmed Garam’s contract termination a while ago. Now, the girls are ready to move forward as a five-member group.

The announcement of the fandom’s official name is a sign of great things ahead. FEARNOT is now a fan favorite because of the creative wordplay and its special meaning.

What’s next now that fans have an official name? It would be amazing to see more activities from them to cement the group’s status in the K-pop industry. Whatever the future holds, LE SSERAFIM is sure to pursue greatness without any fear. And FEARNOT will be right beside them all the way.